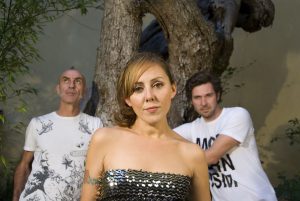 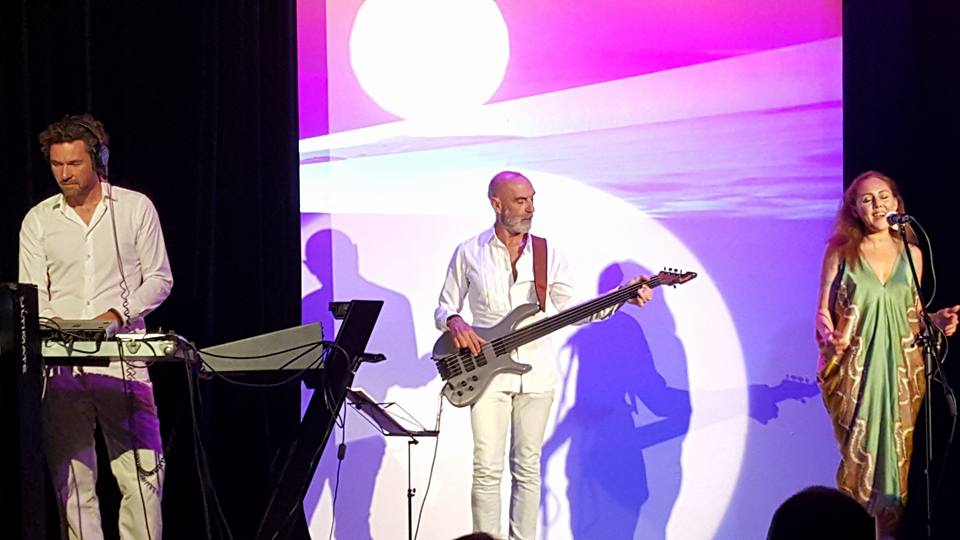 On stage, ʻFous De La Merʼ create a warm and serene sound consisting of fine electronic elements blended with natural live instruments (keys, double bass, percussion, guitar) and the mesmerizing voice of Sol Galarreta. Most of ʻFous De La Merʼs songs were recorded in a traditio- nal approach, employing real instruments such as guitar, piano, bass and double bass, and then enriched with fine electronic elements and an underlying groove reminiscent of the deep house genre. ʻFous De La Merʼs live set exhibits a wonderful summer heatʼs touch swaying on the waves of pop music, conjuring up a cocktail of natural sounds and electronic elements influ- enced by dub and deep house.
A collection of fine and elegant sounds from the shores, dub and trip hop rhythms mixed with sensual mermaid songs. International jet setters and fast lane free travellers alike choose this music as a soothing soundtrack on a sojourn across the European landscapes … Starry nights, oceans, fresh air and relaxed minds …Chill out with attitude.

The live set’s song selection ranges from bossa nova classics such as ‘Girl from Ipanema’, ‘Wave’ or ‘Triste’ to original Chill Out anthems such as ‘Never Stop Loving’, ‘Cosmic Lullaby’ or ‘Conmigo’ that brought the project recognition in countless beach clubs and lounges around the world.
The perfect accompaniment for a cocktail receptions or live dinner events – elegant, subtle, atmospheric and always with a special touch.

After their legendary show with their then project Glissando Bros at Barcelona’s Sonar Festival in June 2001 Marko Bussian (keys) and Jean-Charles Vandermynsbrugge (bass, also known from ʻSeñor Coconut and His Orchestraʼ) decided to visit the mysterious island of Ibiza in a quest for new inspiration. Here they found the voice of wonderful Sol Ruiz de Galarreta, one of the most exceptional vocalists of this magical island (ʻThe islandʼs most beautiful mermaidʼ – Pacha magazine). ʻFous De La Merʼ was born. 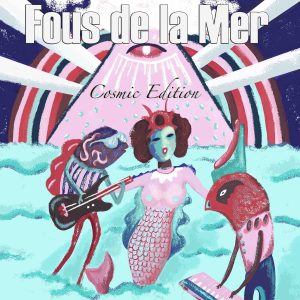 Cosmic Edition is born. (Release 3rd of August 2019) Fous De La Mer have decided to offer their music also in 432,1Hz.
This is commonly known as a musical frequency corresponding to the cosmic vibration of our planet earth.
In ancient cultures this slightly different tuning plays a major role in spiritual and religious music.
Now it´s up to you to feel the difference and listen to the relaxing and aligning effects of Fous De La Mer in 432,1Hz.
It´s COSMIC, It´s MAGIC. 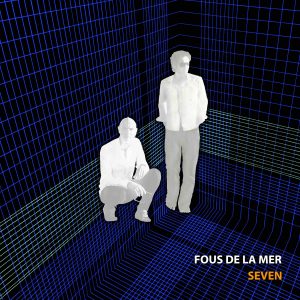 On their album SEVEN (release October 12th, 2018) FOUS DE LA MER present music that captures both the ear and heart. Fifteen years in and the Ibiza-based duo Marko Bussian and Jean-Charles Vandermynsbrugge have produced a mixture of vocal and instrumental tracks that are sure to move and groove, with a number of guest vocalists sharing their talents on a balearic downtempo record with subtle influences from across the musical globe.
FOUS DE LA MER still knows exactly how to catch ear and heart. 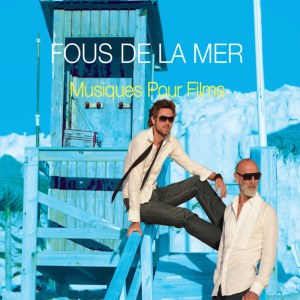 Fous De La Mer are back in 2016 with their album ‘Musiques Pour Films’. And as the title hints the German-French electronic duo captures the full spectrum of their capabilities onto the acoustic canvas. Music that produces images, as the musicians describe their sound that is inspired appropiately by movie titles. Films that caused unforgettable moments and that have accompanied the band over the years.

‘Musiques Pour Films’ begins with a tribute to David Bowie, who played the leading role in ‘The man who fell to earth’. With ‘For The Man Who Fell To Earth’ there could hardly be found a more beautiful opener, which marks their personal farewell to the exceptional artist after his unexpected death. 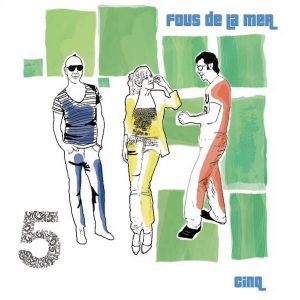 With their album ‘Cinq’ they once more revive French Chansons with the facets of chill-out, dub, gentle breakbeats, relaxed trance passages and small excursions into more exotic areas. Openness to the world is the sound of ‘Cinq’ written in the sand. Mediterranean piano ballads (‘Luz’, ‘Amélie Regardant l’Océan’) coexist naturally along-side pop summer songs (‘Soledad’, ‘Within The Stars’) and experimental Balearic instrumental hymns (‘Fish in The Vegan World’ and the wonderful ‘Pink Flamingos’). If you look at the stunning vocals of Argentine singer Sol Ruiz de Galarreta it is also hardly surprising that feelings of J-Pop (‘Soledad’) are being recalled.

This impression is intensified especially by contributions of guest vocalists Betty Steeles, who already carved out real fame for herself in London’s world-class music scene by her collaborations including a couple of indie-hits and who delivers one of the strongest tracks with her brilliant song ‘I’m Not Hollow’, as well as the contribution by Jean-Charles’ London based son, who is playing there with an underground indie outfit and can be heard on the dreamy pop song ‘Where You Belong’.

The lyrics on ‘Cinq’ move just as playful through the band’s various places of origin as the musical style. Whether Spanish, French or English, for ‘Fous De La Mer’ no limits seem to exist. Acoustic instruments blend with handpicked electronic sounds to a soundfull of depth and longing. And that is why the pieces work as well in the living room, as they do with a cocktail under the Ibizan sun. 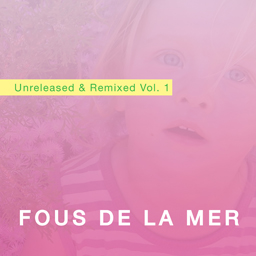 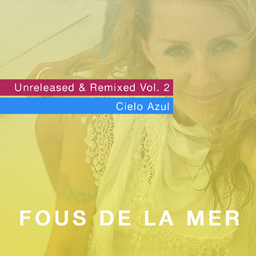 In September 2012, ʻUNRELEASED & REMIXED VOL 1 & 2ʼ appears, the title song ‘Le navigateur solitaire’ is placed on Sony ‘KuschelLoungeʼ in an illustre circle of well-known bands such as ‘Air’, ‘Morcheeba’ and Vanessa Paradis.
ʻFous De La Mer’s album ‘Cinq’ is published in summer 2013, and in December 2013 reaches rank 3 in the German Chill Out Charts. 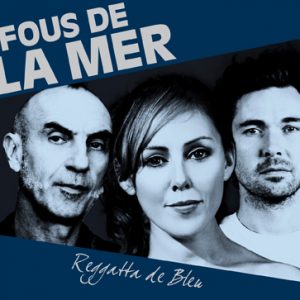 Just in time for summer 2011, the fourth studio album ‘Reggatta de Bleu’ is released. Name and cover were inspired by the 80’s album ‘Reggatta de Blanc’ from ‘The Policeʼ.
With ‘All I need’, a cover version of the French band ʻAirʼs original song, ‘Fous De La Mer’ show convincingly how to convert a pop music classic into their own, unique style.
The new songs with Sol’s vocals, (ʻTime to wake upʼ, ʻSay itʼ, ‘Balanceando mis Caderasʼ) charm the listener once again, and instrumental tracks like ʻReggatta de Bleuʼ or ʻAll around the worldʼ are of such cinematic width that one imagines them very well in a good movie.
The ʻFous De La Merʼ sound again irresistibly spreads its magic on every beach in this world. 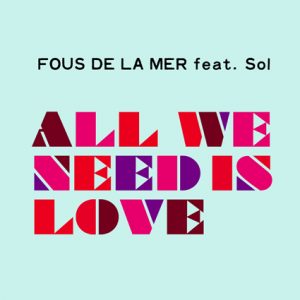 With the album ‘Ipanema’ (2008), ‘Fous De La Mer’ created a tribute to one of the most famous bossa nova albums of the 60ʼs ‘The Girl From Ipanema’ (Stan Getz and Astrud Gilberto).
This time, the best-selling songs with acoustic instruments (guitar, piano, double bass and percussion) were recorded live in the studio and re-interpreted in a traditional bossa nova style. The album has found its place in the Spanish portal of iTunes amongst well-known pop artists. 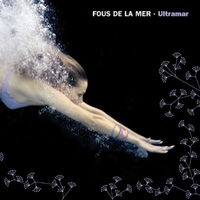 Two years after their first release, the Ibiza-based musicians now are diving into their deeply touching escapisms about a day at the sea again. And the musical horizon on ‘Ultramar’ has significantly broadened. ‘On »Ultramar«, you can see the maturing process towards a much more individual sound, which, in contrast to many chillout productions, allows much more experiments towards traditional songwriting and intensive sound athmospheres. However, the warm basic mood which actually represents the specific sound of Fous de la Mer remained.’ 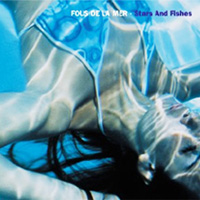